7 Questions for a Tiny House Builder

Ric Butler is a straight-talking, veteran tiny house builder who shared his experiences with the Home Show crowd.

Our tiny tale begins with four mates who banded together to start Tinyhouse2go. Built by a builder, designer, cabinet maker and a businessman, their homes start at $80,000. The bespoke builds take advantage of the generous Australian climate with large windows and extensive decking. For seven years, they have produced designs in the breathtaking Yarra Ranges, Victoria. Where better to envision a sustainable home, than the striking scenery of the Dandenongs? 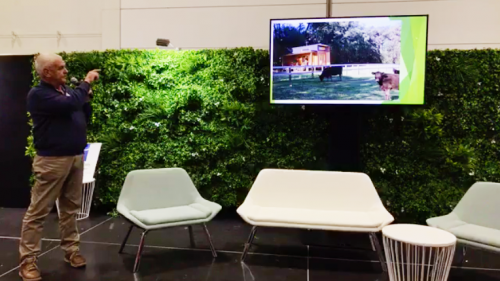 If there were tiny house master builders, Ric Butler would be one of them. Because he’s dedicated seven years of his life to the tiny house movement. Ric’s work extends to government policy, charity projects and events.

Read on to get answers to your burning questions surrounding specs, land, legality, safety and construction.

What is a tiny house?

Of course, we all know what a tiny house is, but an experienced builder sees things differently. For Ric, a tiny home is constructed with three parts: a trailer, a frame and a roof.

Each state takes a different stance on tiny homes, as Ric revealed, “There really aren’t any regulations in Victoria about what you put on top of that trailer. Yet, in NSW, you have to take the finished product to the road traffic authority, and they do their scrutinising and tell you whether it’s suitable on the road.”

Ric said the most common question he’s asked is ‘what’s the difference between a caravan and a tiny home?’

🏛 Four pillars of a tiny home 🏛

Ric joked, “I don’t think you really wanna go touring Australia in your old age. As a grey nomad. In a four and a half tonne tiny house. Being towed behind a truck. I don’t really think that’s an option!”

Where do I park my tiny home? 🅿️

For the most part, people buy tiny homes as a medium-term, semi-permanent fixture. As a rule of thumb, homes sit on a plot for 5, 10 or 15 years until you decide to move house (literally). With this in mind, you’re better off buying an RV or caravan if you want to move your home regularly,

It’s for this reason we have to keep the weight of the structure, 4.5 tonnes, in mind. Even massive 4x4s are not designed to move that volume of weight around safely. Land Cruisers are built to carry a maximum of 3 – 3.5 tonnes. Therefore, a tow truck is necessary to move our tiny home between destinations, which is a costly endeavour. 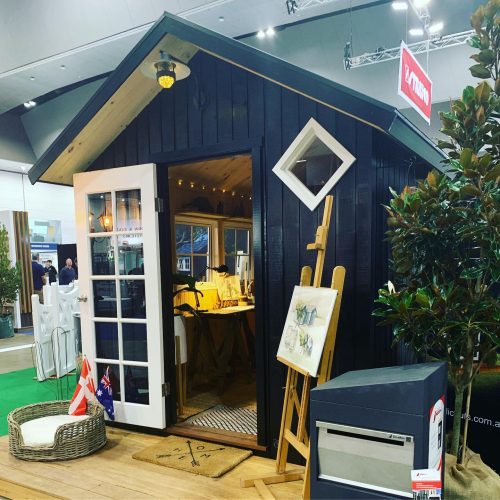 Exhibitor parking their tiny house at the Home Show

Am I breaking the law? 🚔

Considering his home sits on a farm, it’s not surprising Ric refers to tiny house laws as ‘very wooly’. With councils calling them caravans in the eyes of the law, he said ‘it’s all a bit crazy’.

“What councils say to me, unofficially, is ‘as long as the neighbours don’t complain. As long as you aren’t a nuisance, we don’t want to know about it!’ Well, what sort of security does that give you?” 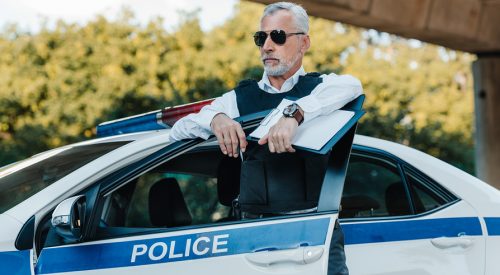 As a legal loophole, Victorian legislation overrides council legislation if you have a dependent. However, the building must be removed once they die or move out.

But Ric doesn’t take these rules too seriously, “If you’ve got a teenager you want to get rid of, you can put a caravan in the back yard, and they can live in there. In my Shire, it says he can only sleep in there for 90 nights a year. Well, y’ know, they don’t actually have people sitting at the steps of your caravan with a clipboard.”

The master legal loophole lies in the fact a tiny home is not a fixed structure, but instead a mobile unit. This fact alone influences every design decision for Ric’s team. Nothing but the wheels touch the ground, allowing them to be moved in a day. The structure, therefore, exists legally without having to wait years for legislation or rigorous building code inspections.

Ric told a story that rocked the tiny world, “There has been a test case in the suburbs of Brisbane where somebody put a tiny house on a residential block. The council took them to court and said, ‘this is not a building that has regulations around it’. The council lost.” Hoping for a tiny revolution, he said, “I wish someone would do that here in Victoria!”

Why is there a Tiny House Association? 👩‍💼 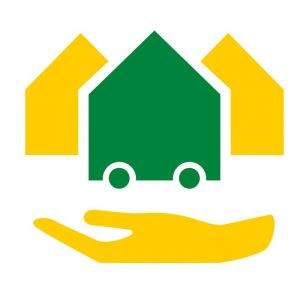 While tiny homes are relatively inexpensive, they are still a significant investment that carries risk. ‘Wooly’ laws don’t instil security for people looking to make a life-changing investment. That’s why the Association exists, to put the movement into fast forward.

Ric represents the Association, meeting with the Municipal Association of Victoria (MAV) regularly. He rallied, “For god’s sake, this is becoming a movement. It’s becoming popular. Get your head out of the sand and let’s have some decent, sensible regulations about tiny houses and alternative living!”

The Home Show audience clapped, “It’s about homelessness, it’s about elderly people who want to live close to their family, it’s about emergency accommodation, and it’s about the tourism industry.” People threw themselves out of their seats and cheered for a standing ovation.

Okay, that didn’t really happen, but his words still hit a chord for those involved in this growing movement. 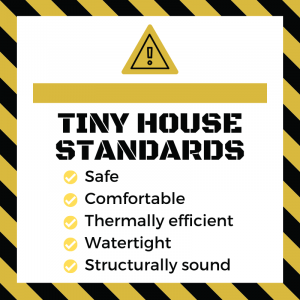 By law, traditional homes are under the tight scrutiny of safety inspectors at critical stages of construction. Tiny houses, however, aren’t required to comply with Australian construction code. They only have to comply with looser caravan laws, something Ric calls another (you guessed it) ‘woolly area.’

Ric urges us to think long-term when going tiny, “We don’t know the future of a tiny house. You might sell it or give it to someone else. You want to be confident that what you bought and sold isn’t going to run off the road and have a head-on collision with some other person.”

Imagine this scenario: you’ve enjoyed living in your tiny home, but now it’s time to sell-up and move on. The only catch – the buyer lives in Queensland, and you live in Victoria.

Will your tiny home… Get there in one piece? Provide good value? Be well constructed? Deteriorate quickly?

Does Ric have a tiny home? 👨‍🦳

Yes! Pointing to the picture, he proudly describes his dream home, “You wouldn’t know it’s on wheels, because it’s hidden by a big deck on back and side. The deck isn’t connected to the tiny house and can be deconstructed in an hour. Inside, we use the space over the drawbars to give another 120cm for the bathroom. There are bi-fold glass doors on the side, front door and back. It cost $120,000 all in.”

Ric pointed at the picture of his tiny home, which is next to a cow paddock surrounded by trees. He points out the difference between his home and the US varieties that arrive onto the AU scene. The US tends to have smaller windows like a cubby home, to compensate for the variable climate. Australia used to copy this spec. However, Ric is on a mission to introduce larger windows and decking to represent true Aussie culture. Because if yous can’t drink a tinny on ya deck in the arvo, then you ain’t Aussie mate…

Ric welcomes prospects to his home with open hands, “We find that if people are interested in building a tiny house, they wanna come stay for a couple nights and see whether they’re really interested. It’s a bit of ‘try before you buy.'”

Ric is a testament to a movement that cares. He’s currently working with Swinburne Technical College to build a tiny village for homeless women on 5 acres of land in Alexandra. If you would like to get involved, join the Australian Tiny House Association for $50 to receive webinars, info, experts and consultants and events.

If you are a builder or keen on DIY, Ric’s talk (below) at the Home Show elaborates more on the technical side of construction.

8 Essential Questions To Ask Your Builder